The heart of our land: the Tavoliere of the Apulia 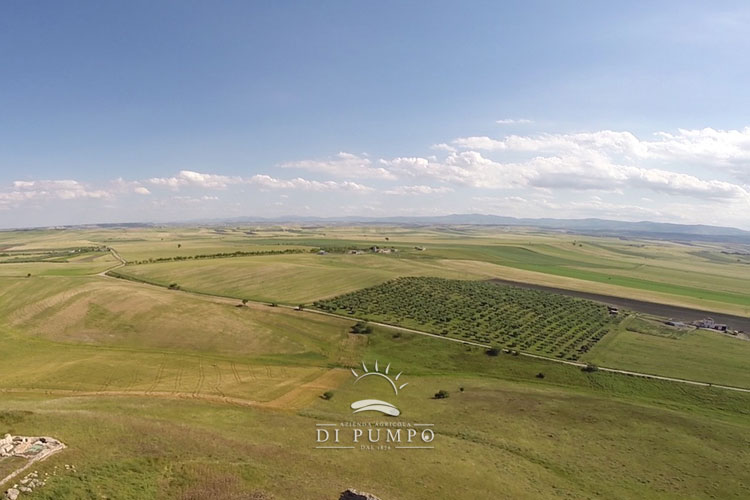 The Tavoliere delle Apulia is a territory located in the north of Apulia, which occupies almost half of the Capitanata; born as a lifting plain (in fact it was once a submarine) and entirely flat, it extends for about 4000 km² between the Monti Dauni to the west, the Gargano promontory and the Adriatic sea to the east, the Fortore river to the north and Ofanto South. It is the largest plain in Italy after the Po valley; it is geologically classified as a prehistoric seabed.

The name Tavoliere derives from the Roman land register, organized in Tabulae censuariae, on which were noted the land properties used for grazing or cultivation.

In autumn and winter the plain is sometimes subject to the floods of Fortore, Ofanto or some streams, while in spring and summer it is often marked by drought. The climate as well as that of the Land of Bari, in the winter often reaches continental points because it is influenced by the cold currents of Eastern Europe.

The history of the town is linked to that of the Monastero Terrae Maioris and the medieval village of Castel Fiorentino (or Fiorentino di Puglia), whose ruins are located in the countryside of Torremaggiore, 10 km from the town near the provincial road San Severo-Castelnuovo della Daunia. Fiorentino, a Byzantine border town, was refounded by the Basilio Boioannes catapano around 1018. Later, it fell under Norman control, then Swabian, then Angevin. Fiorentino has gone down in history because it welcomed the emperor Federico II, who died in his domus in December 1250.

In 1255 the village was attacked by the soldiers of Pope Alexander IV, enemy of the Swabians. Meanwhile, the inhabitants of Dragonara, another medieval village located west of Torremaggiore, of which only a castle is used for agricultural purposes, happened the same fate, and all its inhabitants took refuge near the Castrum Norman-Swabian Torremaggiore, all shadow of the Benedictine abbey of Saint Peter together with the inhabitants of Fiorentino. Thus, the Abbot Leo allowed them to found a new village, which will be indicated with the term Codacchio in the seventeenth century. The fusion of the Florentine and Dragonara refugees with the inhabitants of the abbey land of Terra Maggiore gave birth to today’s town of Torremaggiore. This last name is inspired, probably, by the Norman-Swabian tower which still forms the most ancient nucleus of the Ducal Castle.

For five centuries, the town was a fief of the noble family de Sangro (or Sangro), princes of San Severo and dukes of Torremaggiore. On July 30, 1627 a devastating earthquake destroyed the urban centers of the Upper Tavoliere and almost completely destroyed Torremaggiore.* 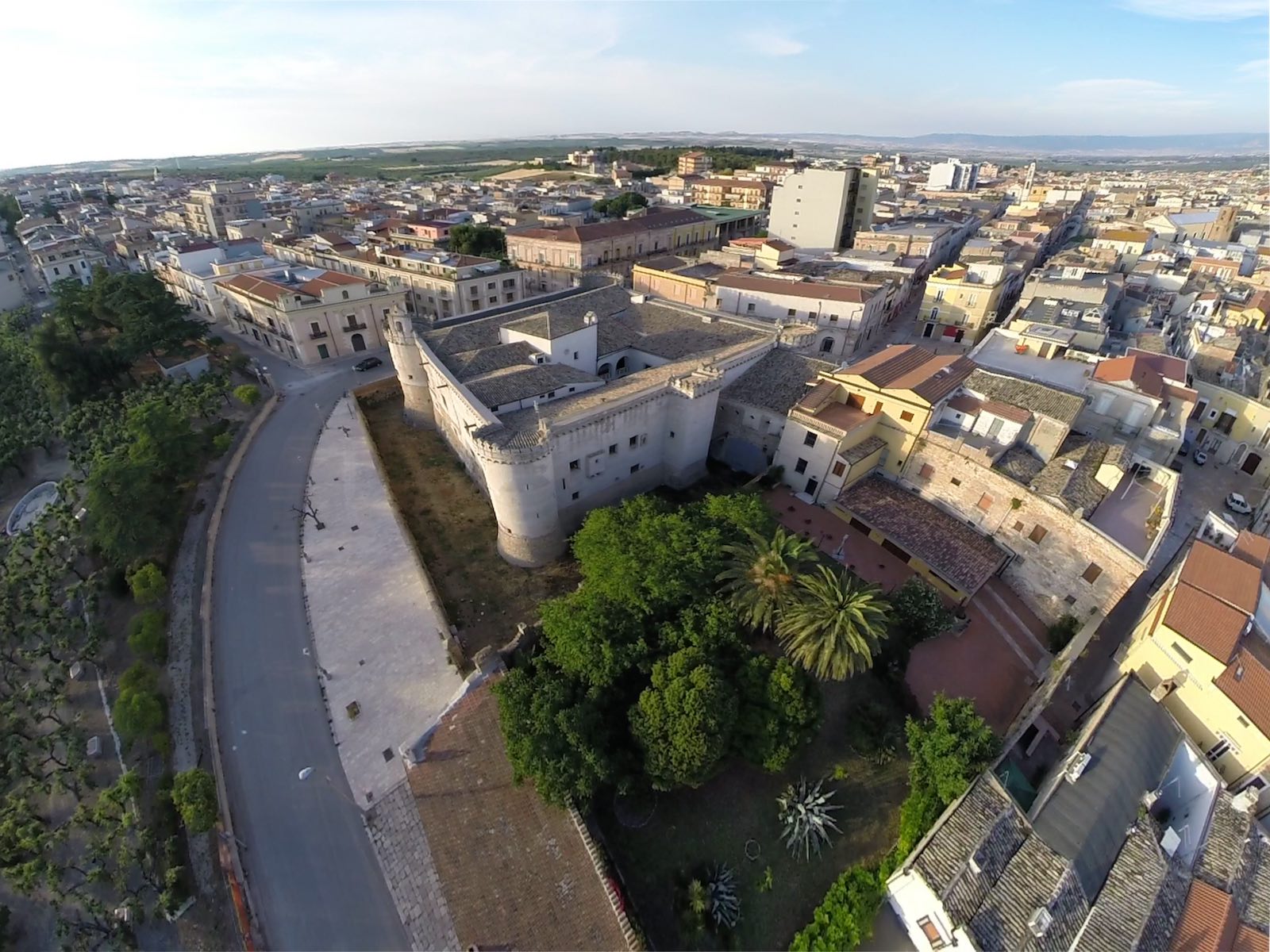 In the countryside of Torremaggiore, 9 kilometers south of the city, stood the town of Fiorentino, an ancient bishop’s seat. Built on an important artery that led from Teanum Apulum to Luceria, Fiorentino, it was built ex-nihilo, between 1018 and 1023 by the Byzantine catapano Basilio Baiohannes, together with Troia, Civitate, Dragonara, etc …. The city was included in the strategic-defensive system of the northern border of Puglia, in order to face the attacks of the enemies of the Byzantium empire.

Destroyed the city in October 1255 during the bitter fights between the papacy and the House of Swabia, the surviving inhabitants took refuge in the majority in Torremaggiore, albeit in a gradual and not immediate. The archaeological excavations in progress of the abandoned site have brought to light the Federician “domus” with evident signs of the destruction and rebuilding of the Angevin age. The cathedral, named after St. Michael the Archangel, dominated the south-western area of ​​the city, with the facade facing the magna-stalls.**

Lucera is a town in the province of Foggia in Puglia and is located in the center of the Tavoliere delle Puglie. It has such an ancient history that thanks to its ancient monuments can boast the title of city.

Lucera, since its origin, was called “key” of the Puglie, for its strategic position, which door of the Tavoliere. It is considered “ancient city of Dauni”, as legend has it that Diomedes, king of Etolia, after the destruction of Troy, fled to Apulia and settled near Lucera, where he laid down his arms and Palladio in the temple of Athena Iliàs and constituted a Greek colony.

There are numerous historical and architectural testimonies of Lucera’s illustrious past. Among the monuments of historical and cultural interest we remember the church of San Domenico, the Cathedral Basilica of Santa Maria Assunta from the 14th century, renovated and enriched with Baroque elements, located in Piazza Duomo where you can see wonderful ancient buildings such as Palazzo Cavalli and eighteenth-century Palazzo Vescovile, in whose majestic courtyard, there is access to the Diocesan Museum, inside which, in addition to the Pinacoteca dei Vescovi, artefacts from different eras are kept, and to the offices of Curia, where the Episcopal Seminary is also located . Not to be missed is also the castle, known as the Swabian-Angevin Fortress, located on Mount Albano, in the north-west area of ​​the city, it is surrounded by walls and towers and the Roman Amphitheater, located on the eastern border of the city, even today visible in all its ancient splendor.*** 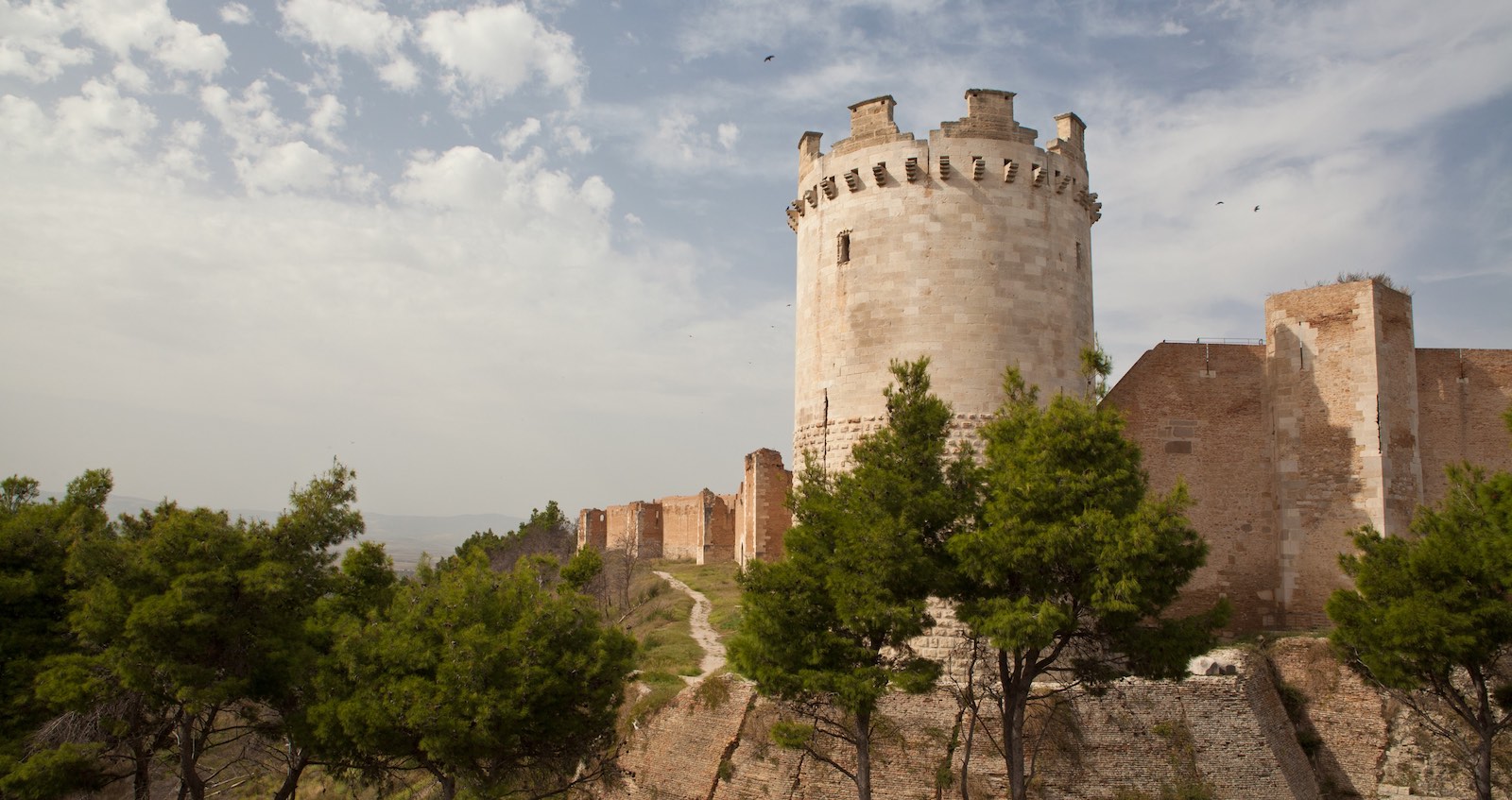